Our 2018 Conference in Williamsburg
September 28 to 30 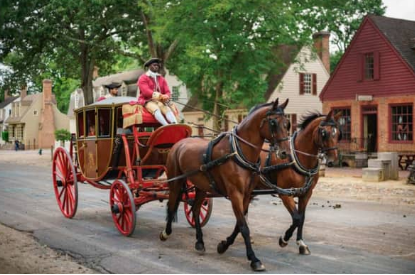 We had a great conference in Williamsburg this year. While set a bit earlier than the years on which we focus, the Colonial Village evokes the years of the revolution and Empire better than any other North American location. While most of us stayed in the Woodlands Hotel, some of us stayed in colonial houses for a great 18th-century experience.

Highlights of our conference included three visits by Napoleon himself in the person of Mark Schnieder, who has portrayed the Emperor in many locations here and in Europe, including one of our earlier conferences. Friday night he told us about reenacting Napoleon. It was quite interesting. 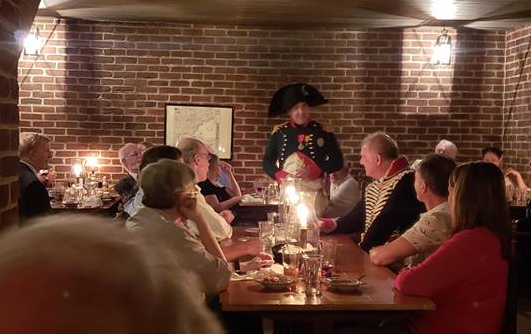 He also joined us at our Gala Saturday night, where our usual toast Vive Napoleon was even heartier than usual.

On Sunday Napoleon gave us a tour of the Yorktown Battlefield. He must have studied it well at the Ecole Militaire. 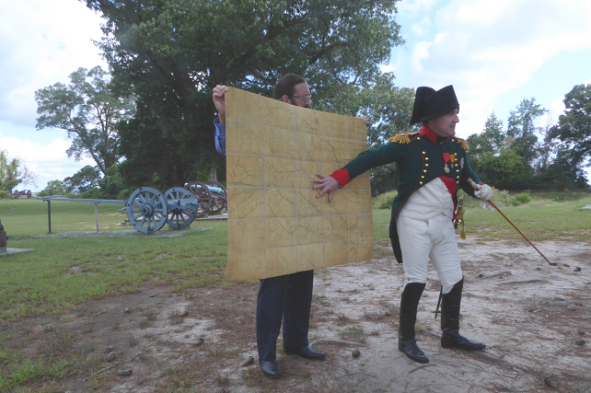 Among our speakers were Martin and Cristina Lancaster, who flew across the pond to be with us. Martin is the CO of the 9th Legere reenactment group, widely considered the best in the world. Cristina was a major figure in fashion and carried that passion on to her collection. She and Martin have the finest collection of period clothes in private hands in the world. Their collection has been the subject of several museum exhibitions over the past few years. Perhaps because of Martin and our own Victor Eiser of the Brigade Napoleon, we had more people in uniforms than usual this year. Here are some: 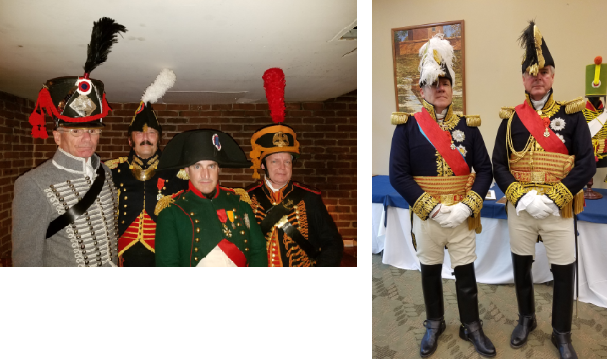 While many think first of battles when thinking of Napoleon and his era, more of this year’s talks focused on other aspects of the period. We had talks on Court etiquette, women in Empire art, art and propaganda and building the world’s largest Napoleonic document collection. We didn’t entirely neglect fighting, though, with a talk on irregular warfare in the Spanish peninsula and how it affected British strategy.

As always, the best part was seeing old friends and meeting new ones. Altogether, our conference was a blast: 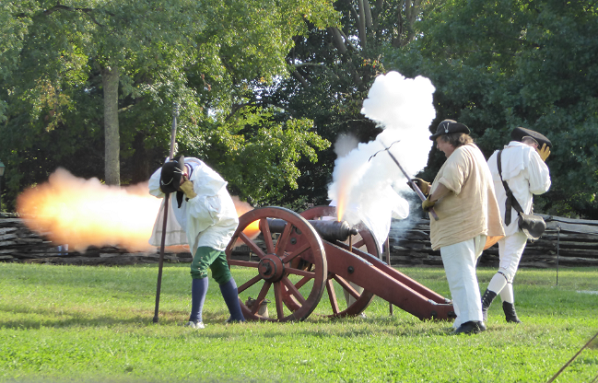 We hope you can join us next year!